Posted by Dr Satendra Singh at 10:26 PM No comments:

Why you should care about the Disabilities Bill

A must read post on the current controversy surrounding the Rights of PwD Bill.

Why you should care about the Disabilities Bill

Amba Salelkar is a lawyer, who moved into disability law and policy after six years in criminal litigation. She works with the Inclusive Planet Centre for Disability and Policy. She tweets @mumbaicentral.
Posted by Dr Satendra Singh at 7:48 PM No comments:

Posted by Dr Satendra Singh at 3:38 PM No comments:

RTI EXPOSE: Polls near, but no data of voters with disabilities 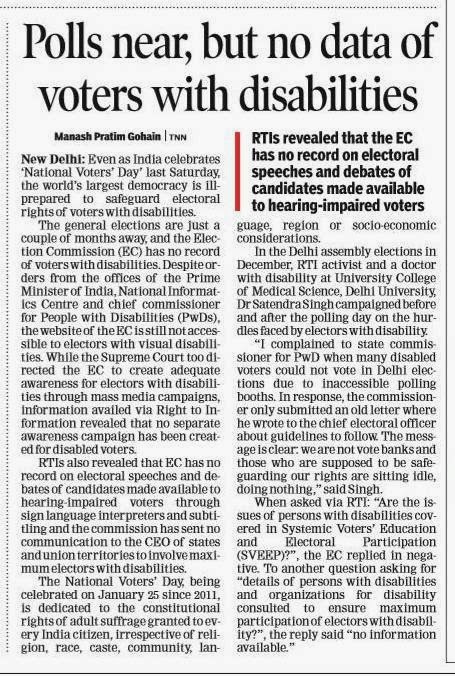 NEW DELHI: Even as India celebrates "National Voters' Day" last Saturday, the world's largest democracy is ill-prepared to safeguard electoral rights of voters with disabilities.
The general elections are just a couple of months away, and the Election Commission (EC) has no record of voters with disabilities. Despite orders from the offices of the Prime Minister of India, National Informatics Centre and chief commissioner for People with Disabilities (PwDs), the website of the EC is still not accessible to electors with visual disabilities.
While the Supreme Court too directed the EC to create adequate awareness for electors with disabilities through mass media campaigns, information availed via Right to Information revealed that no separate awareness campaign has been created for disabled voters.
RTIs also revealed that EC has no record on electoral speeches and debates of candidates made available to hearing-impaired voters through sign language interpreters and subtitling and the commission has sent no communication to the CEO of states and union territories to involve maximum electors with disabilities.
The National Voters' Day, being celebrated on January 25 since 2011, is dedicated to the constitutional rights of adult suffrage granted to every India citizen, irrespective of religion, race, caste, community, language, region or socio-economic considerations.
In the Delhi assembly elections in December, RTI activist and a doctor with disability at University College of Medical Science, Delhi University, Dr Satendra Singh campaigned before and after the polling day on the hurdles faced by electors with disability.
"I complained to state commissioner for PwD when many disabled voters could not vote in Delhi elections due to inaccessible polling booths. In response, the commissioner only submitted an old letter where he wrote to the chief electoral officer about guidelines to follow. The message is clear: we are not vote banks and those who are supposed to be safeguarding our rights are sitting idle, doing nothing," said Singh.
When asked via RTI: "Are the issues of persons with disabilities covered in Systemic Voters' Education and Electoral Participation (SVEEP)?", the EC replied in negative. To another question asking for "details of persons with disabilities and organizations for disability consulted to ensure maximum participation of electors with disability?", the reply said "no information available."
Source: Times of India, page 10 dated 27 Jan 2014
Posted by Dr Satendra Singh at 3:24 PM No comments:

In spectacular display of its might, India today celebrated its 65th Republic Day portraying its rich culture, achievements in diverse fields and the military prowess at the parade at Rajpath. Its sixty-four years, after we became a Republic but Government of India has never ever relayed Republic day parade with sign language interpretation for the millions of hearing impaired in World’s largest democracy.

After the persistent advocacy by Disabled Rights Group (DRG) and National Association of the Deaf (NAD), Ministry of Information & Broadcasting finally agreed to have Sign Language interpretation on DD News, DD Bharti and DD Urdu. The activists demanded that it should also be available on DD National, which is the main producer of the coverage and from which ALL channels (national/international/web based) take the feed.

Unfortunately, they did not agree. But when DRG & NAD persisted and hundreds came out on the streets, Ministry of Information & Broadcasting finally relented and issued an advisory for all private channels to take the feed from DD News, with the Sign Language interpretation.

Today’s R-day parade showcased India's 'unity in diversity'. However, the same cannot be said of IB Ministry. One of the objectives of the Prasar Bharti is to safeguard the citizen’s right to be informed freely. Let’s see how our media fared this day for millions of hearing impaired citizens in India. 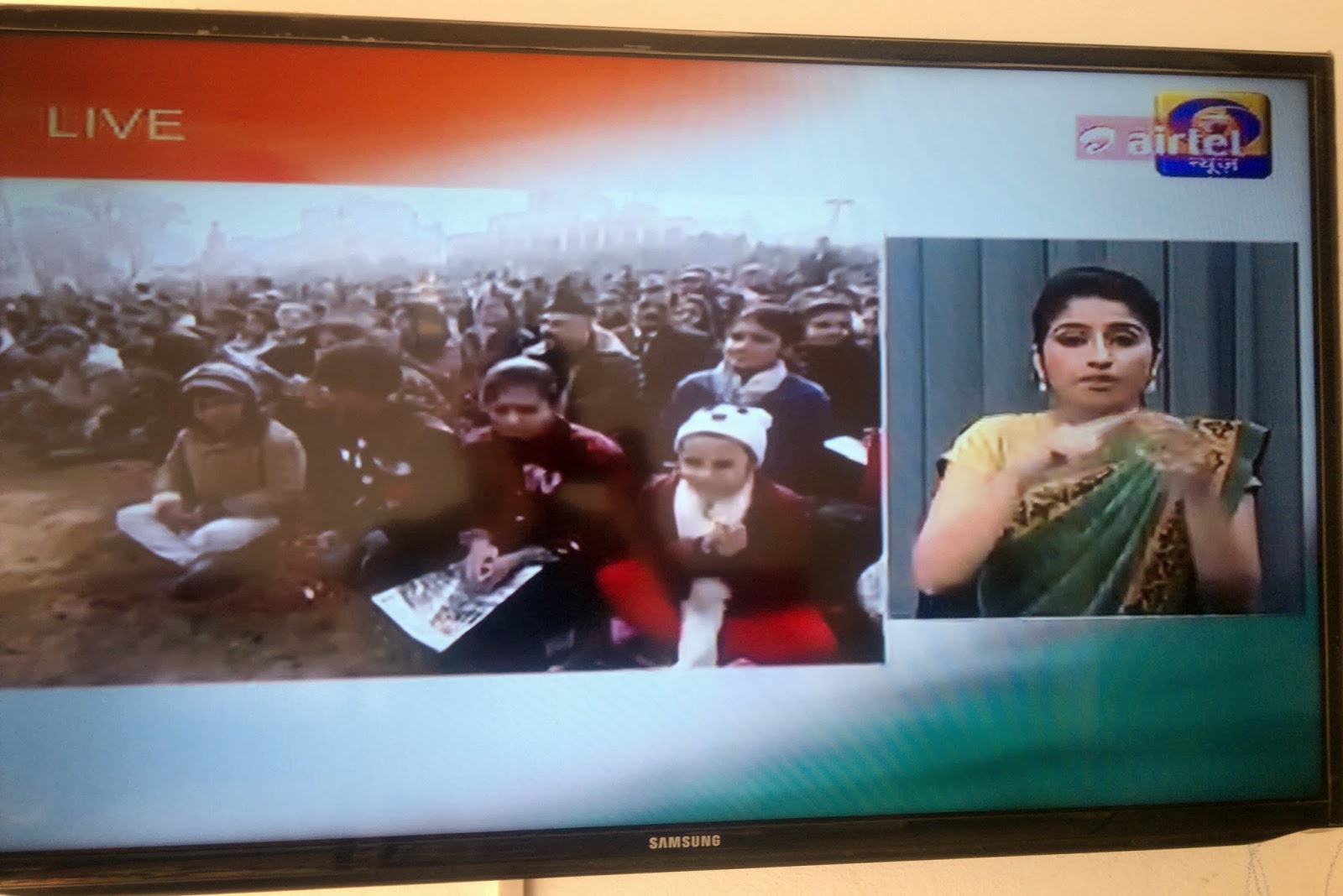 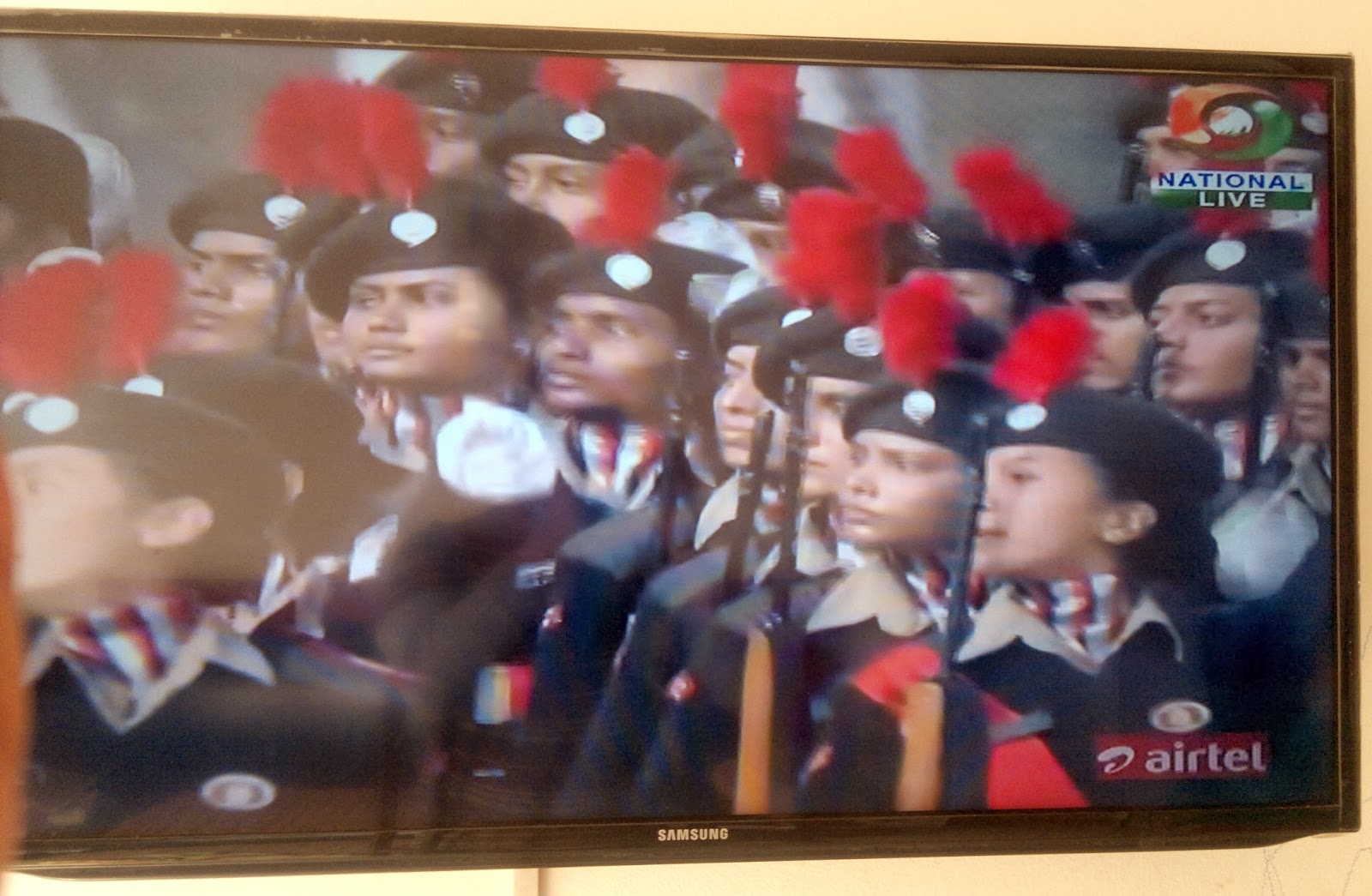 The TV Today Network (of India Today group) is one of India's leading English-Hindi news television networks along with Network 18 and NDTV. 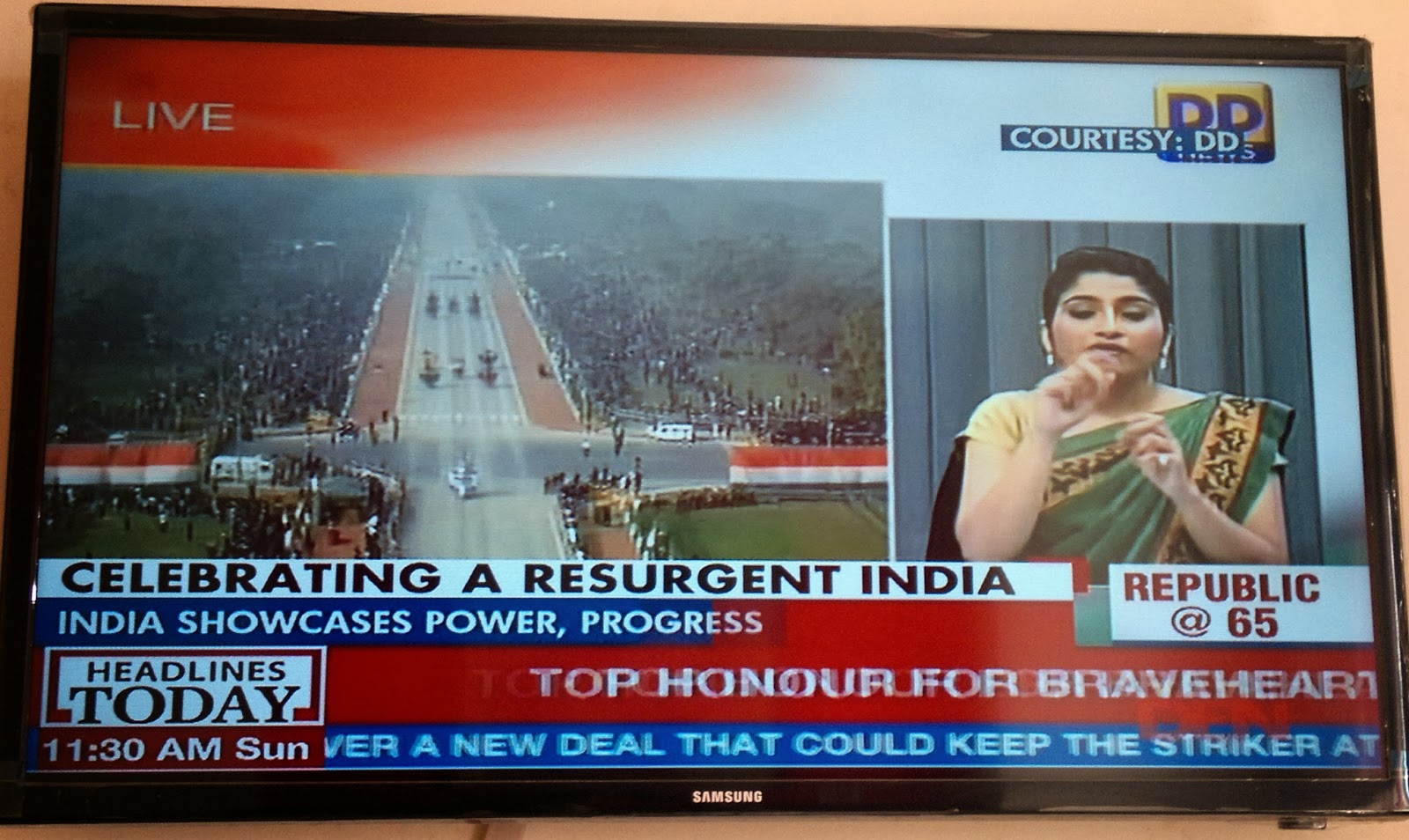 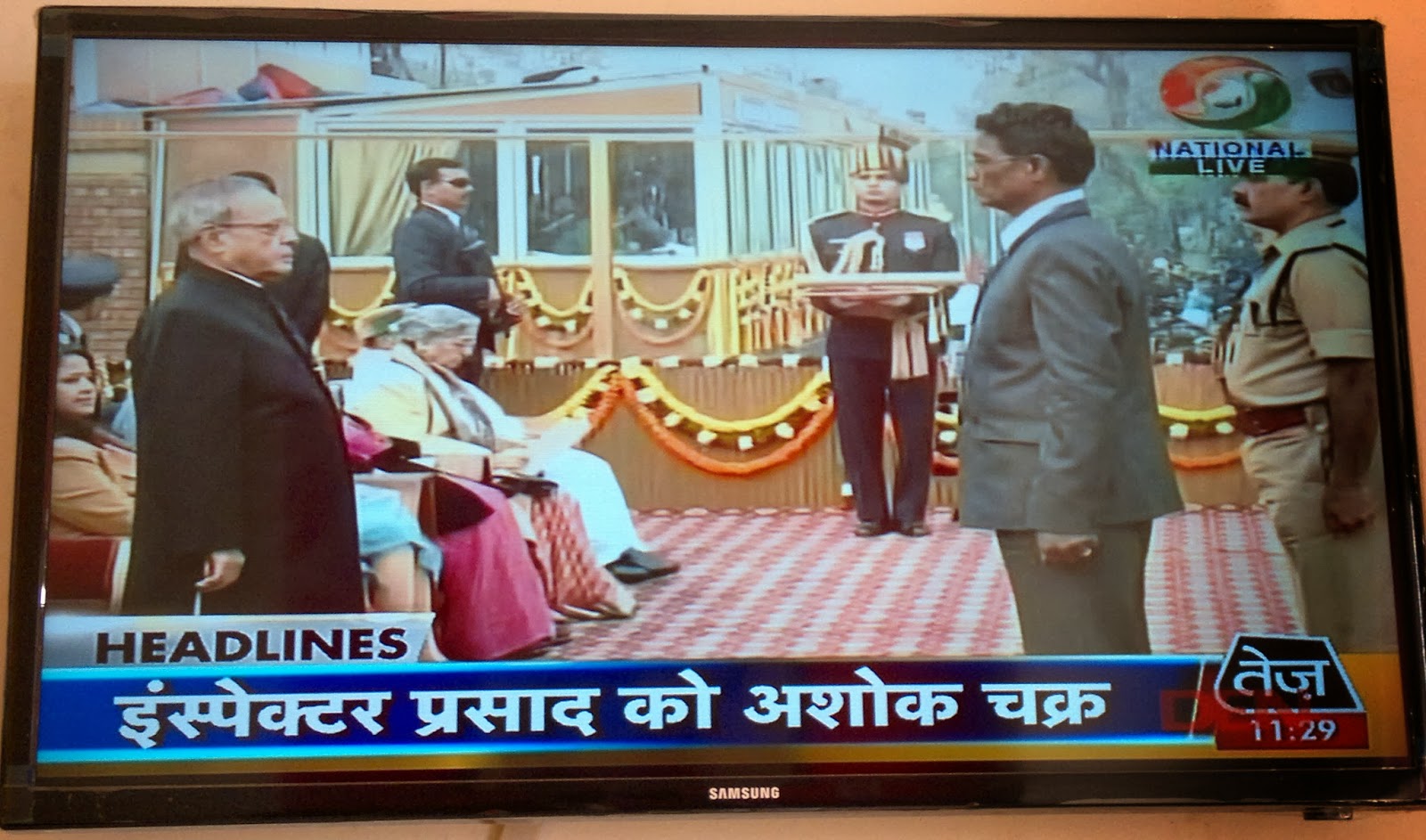 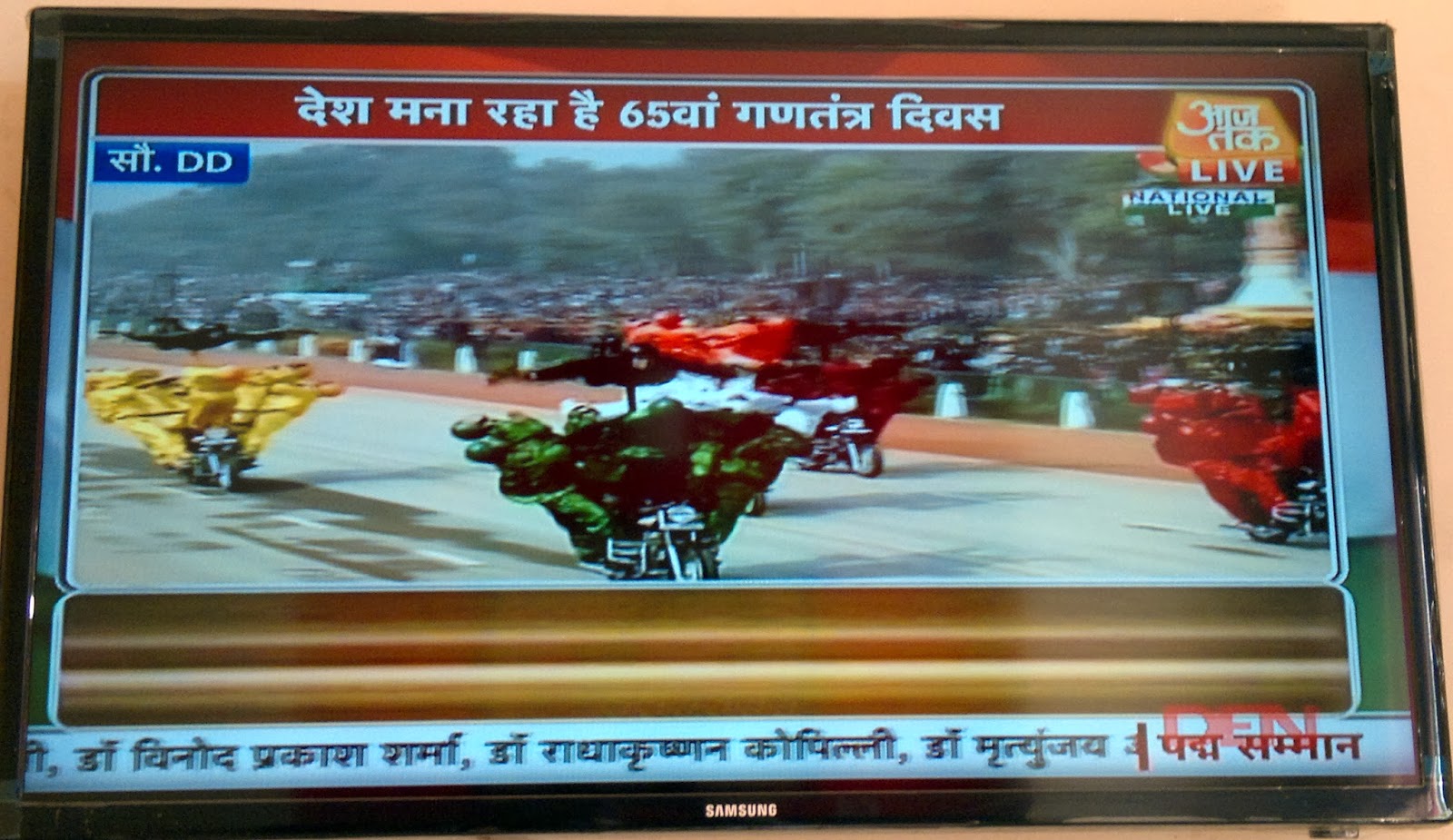 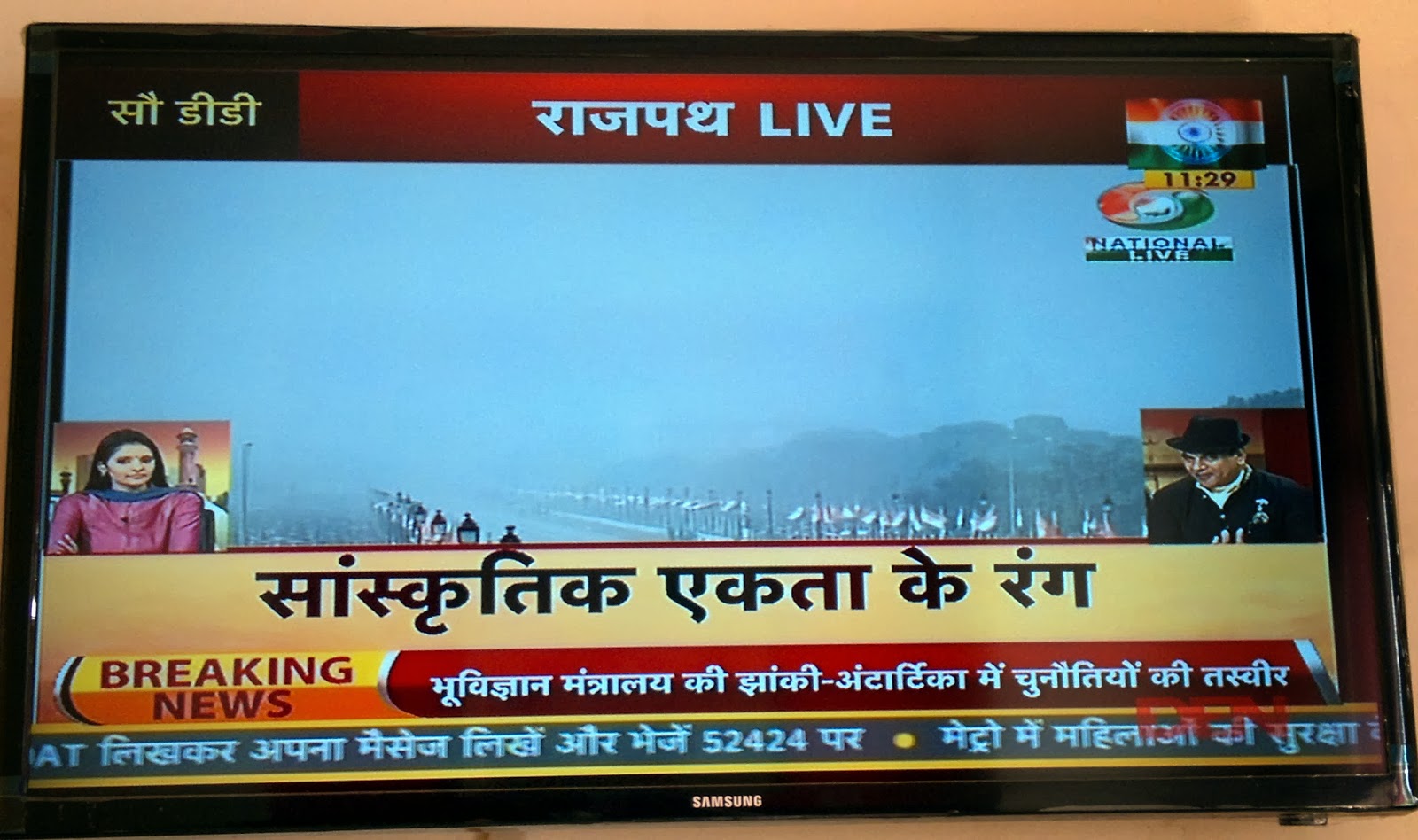 NDTV rose to the occasion with both NDTV India (Hindi) and NDTV 24x7 (English) relaying accessible feed. The later rightly has an apt slogan-Fight for change, You’ve got a friend. 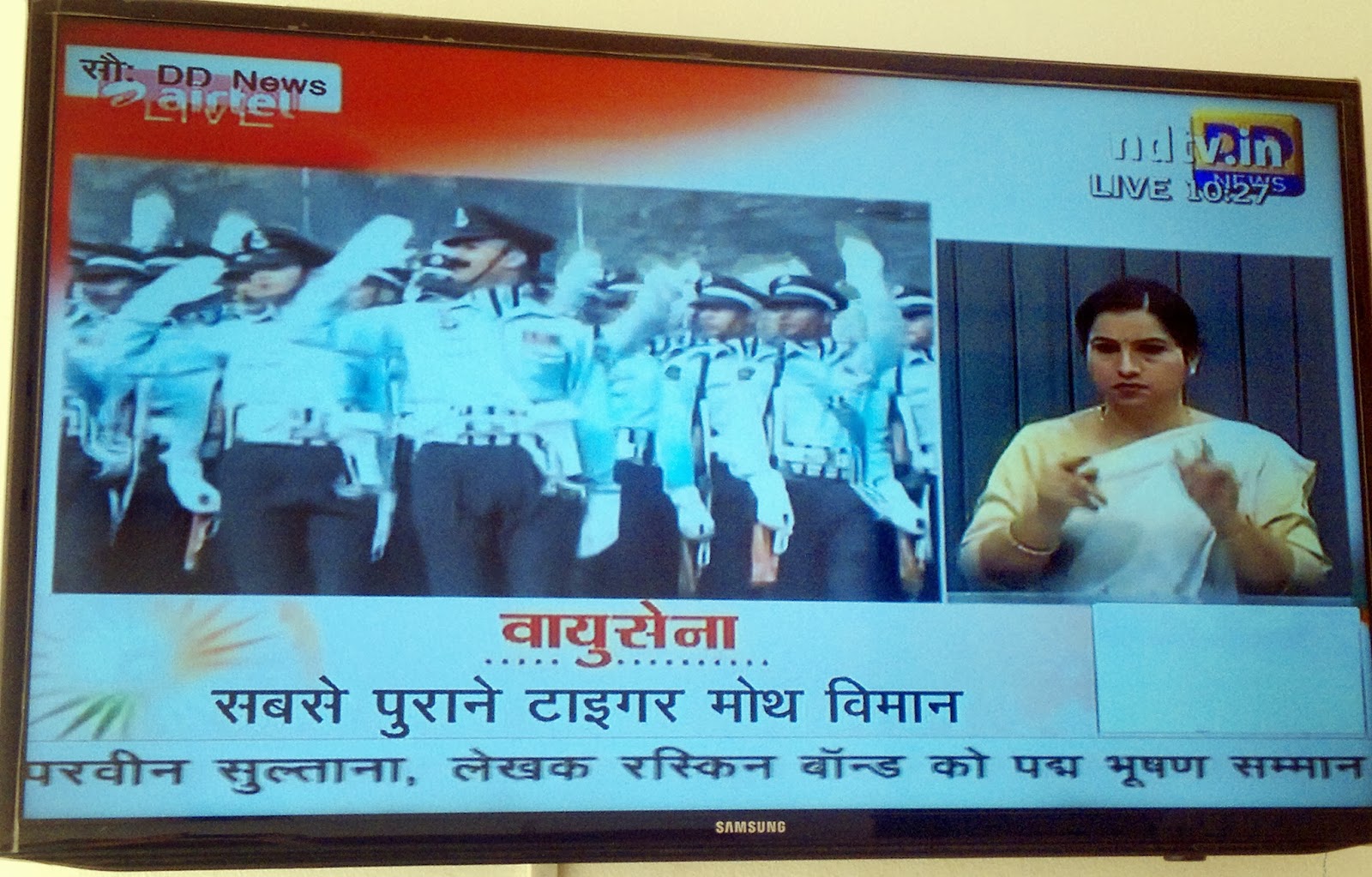 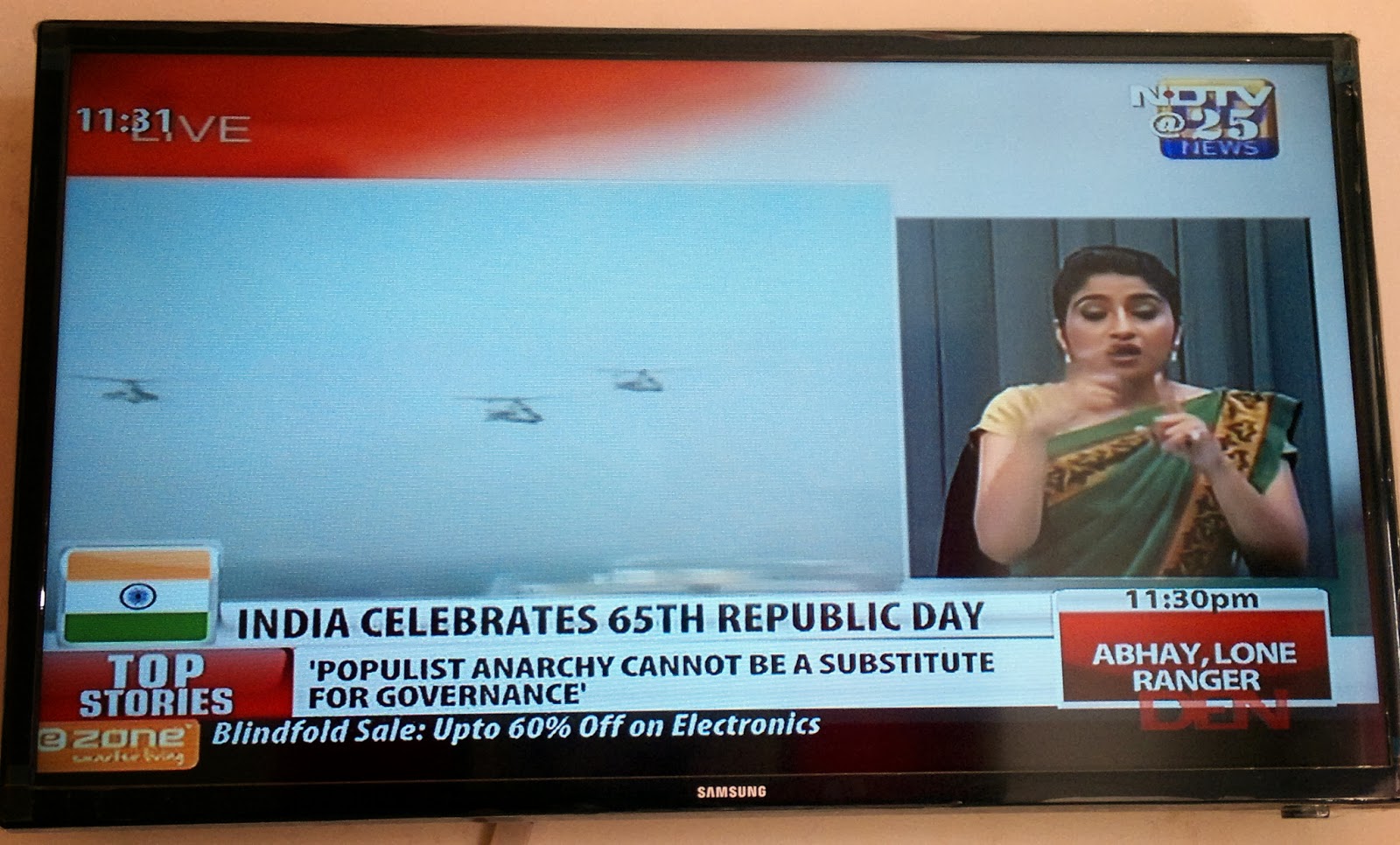 Times Now, the first news channel in India to be launched on mobile screens has a slogan-Always with the news. They were rightly with the disabled community as they relayed feed from DD News rather DD National. Samay was another winner who relayed continuous coverage with sign-language. There were some who corrected their mistake in time and switched to feed from DD News after initially covering DD National’s inaccessible feed. IBN7 was launched on Independence Day 2006 with tag lines खबर हर कीमत पर- बेबाक, बेख़ौफ़ . CNN IBN’s tag line is- whatever it takes. Both of these channel partnered yesterday in a disability campaign ‘Veer’. 24 hours were still not over when these two relayed inaccessible feed. However, they quickly, changed the feed to DD News in the afternoon. News X (News without noise) and News 24 frequently switched between accessible and inaccessible feed for reasons beat known to them. 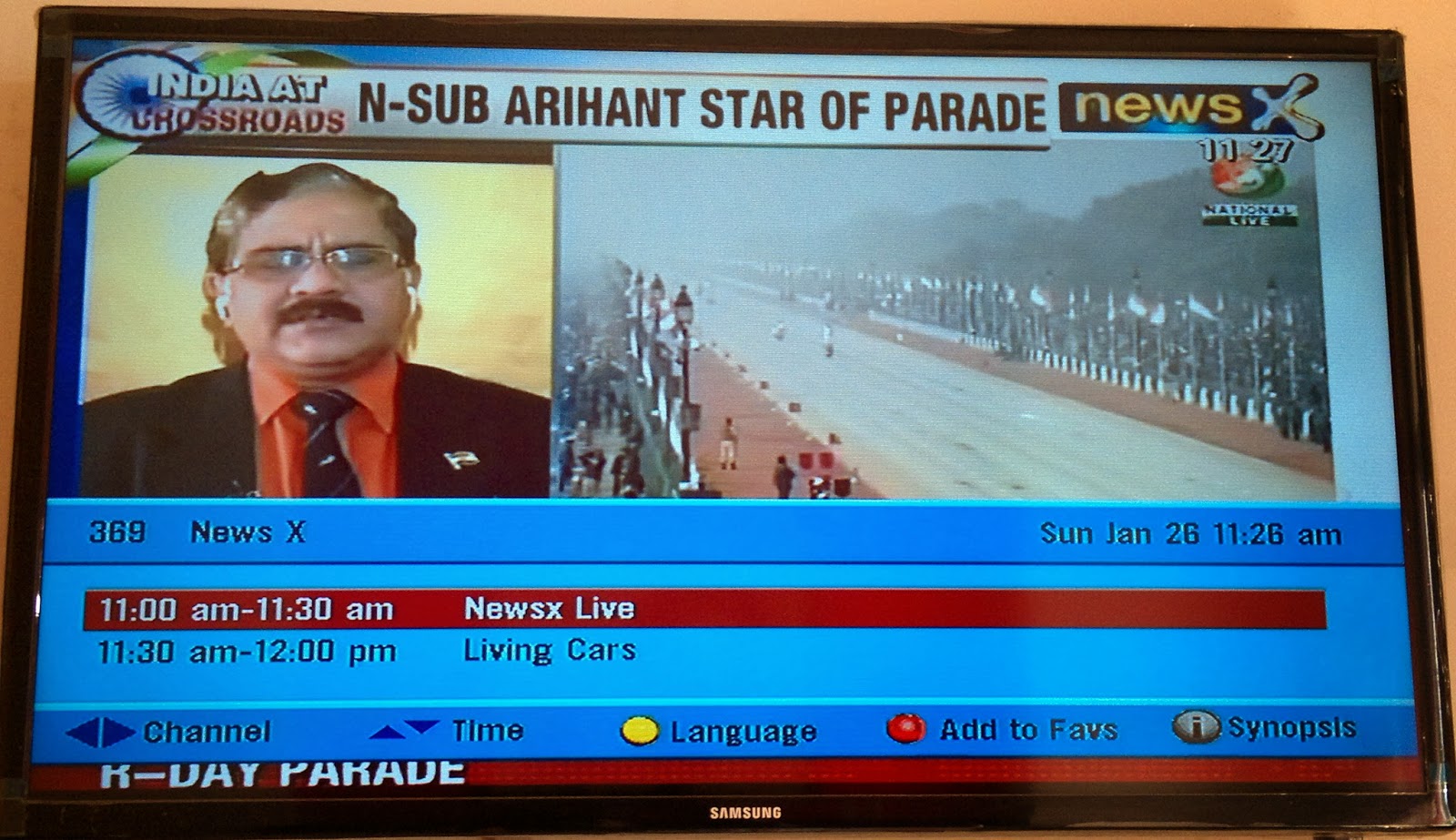 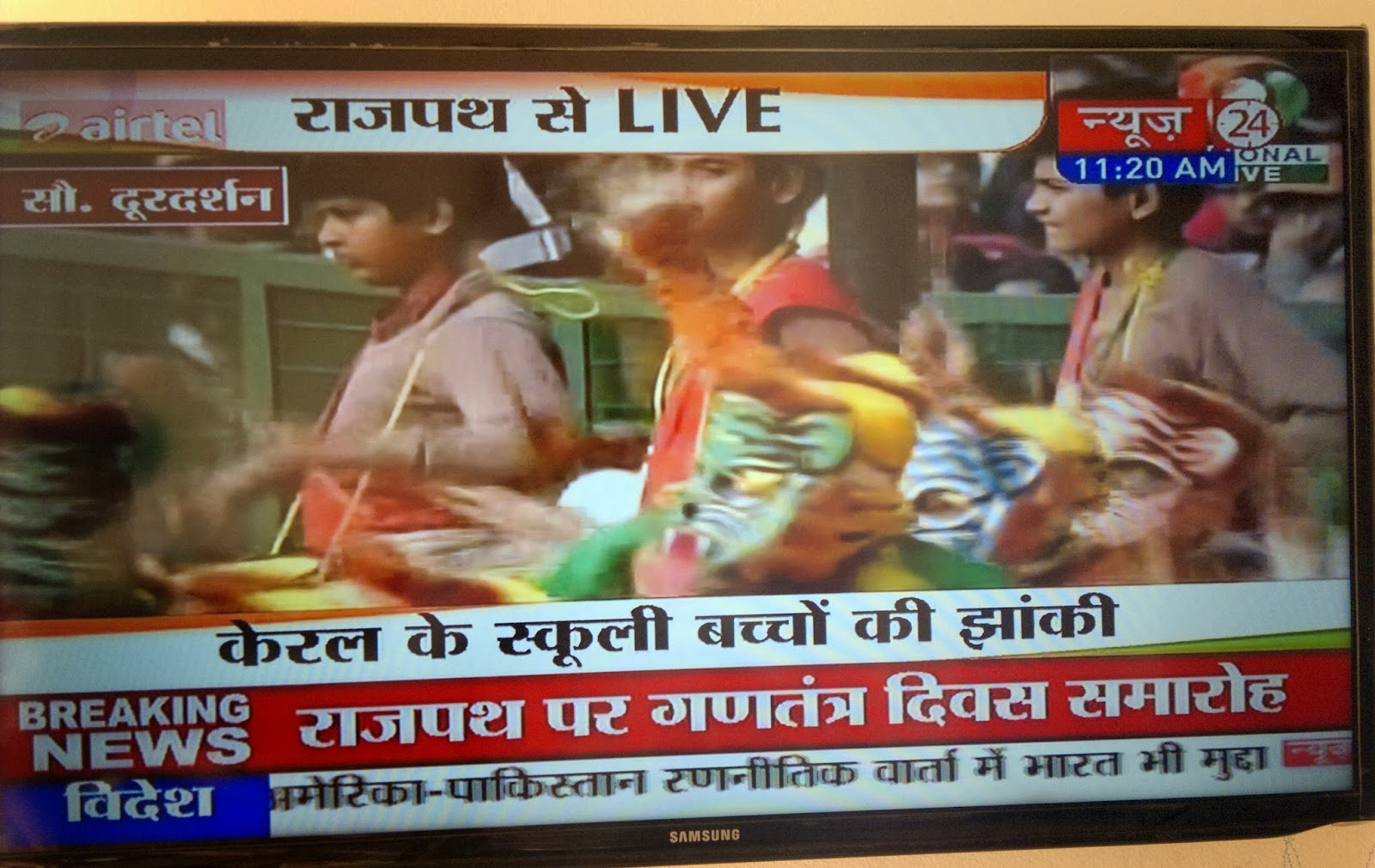 Zee news failed to be on the side of disabled viewers. Others who ignored disabled were ABP News (आप को रखें आगे), India News (देश की धड़कन ), India TV (Voice of public- आप की आवाज), News Nation, and Channel One. 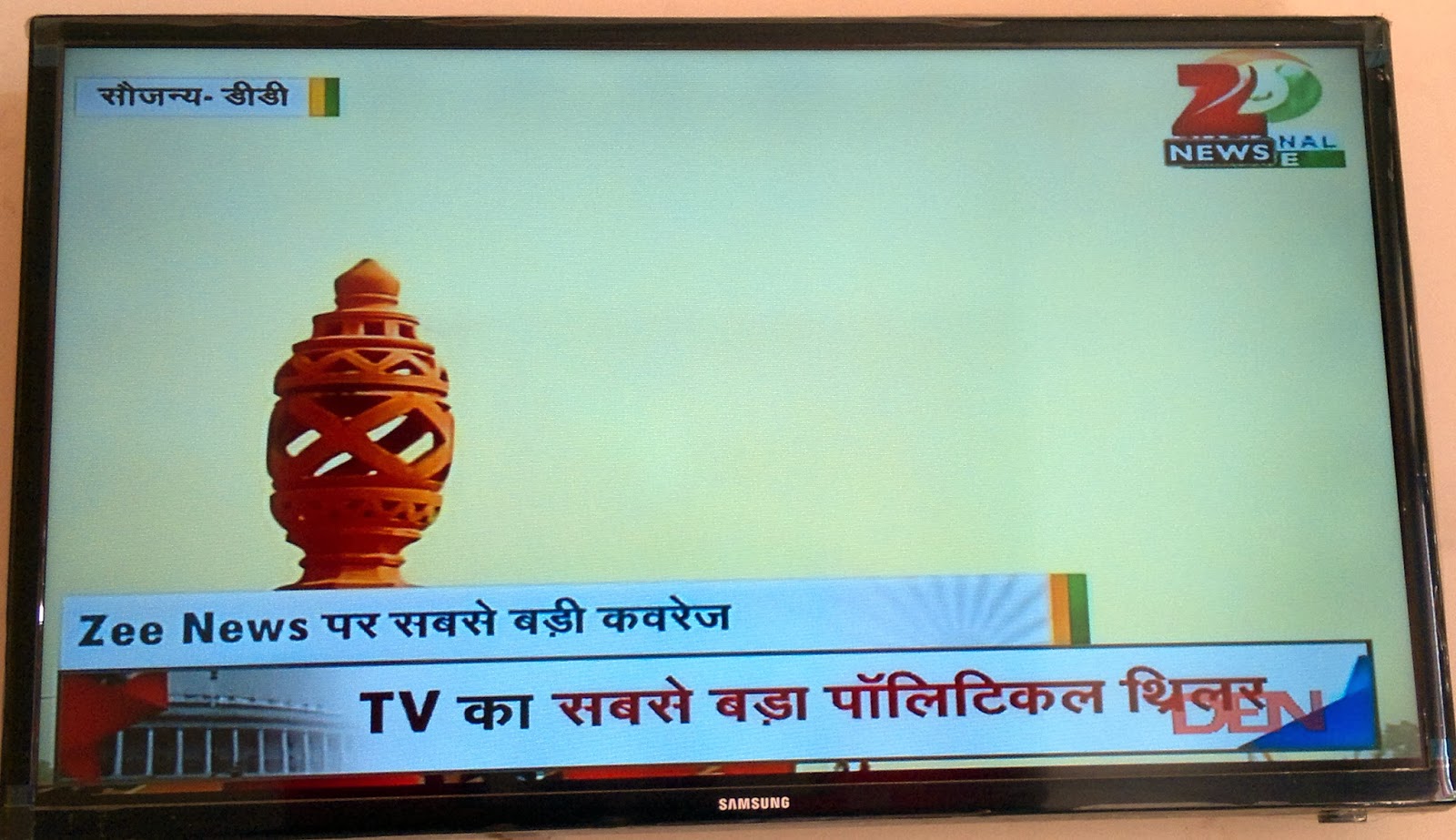 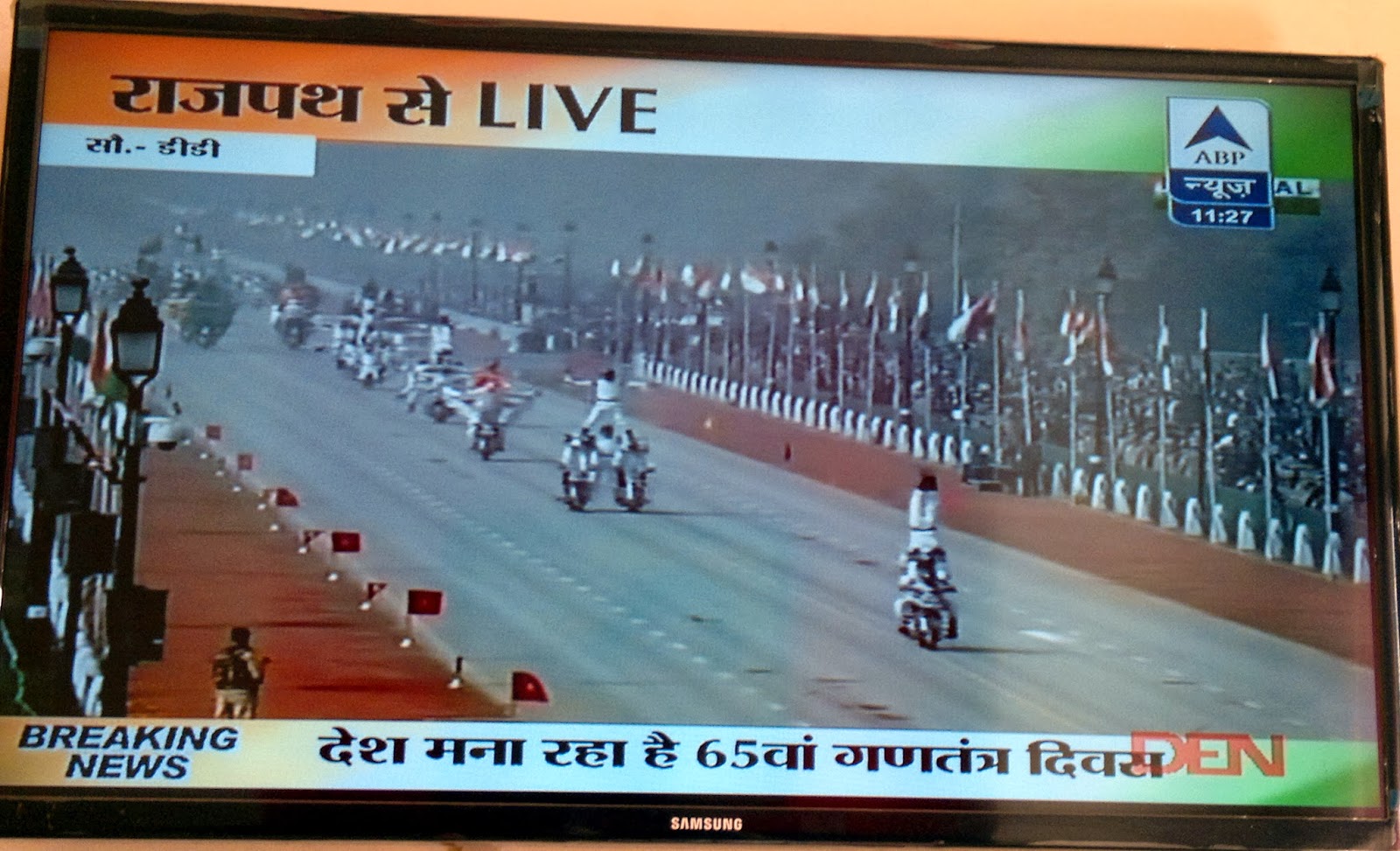 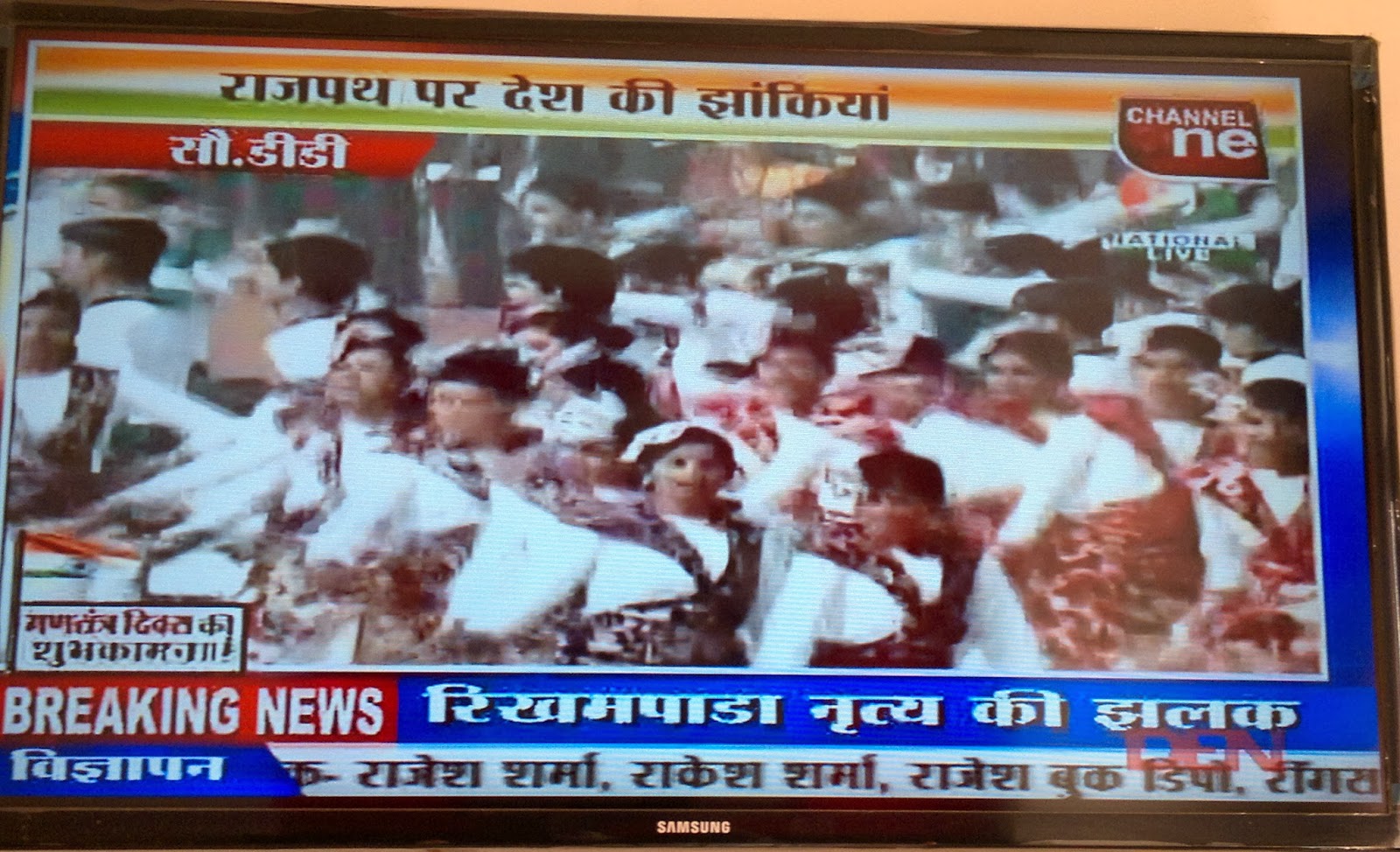 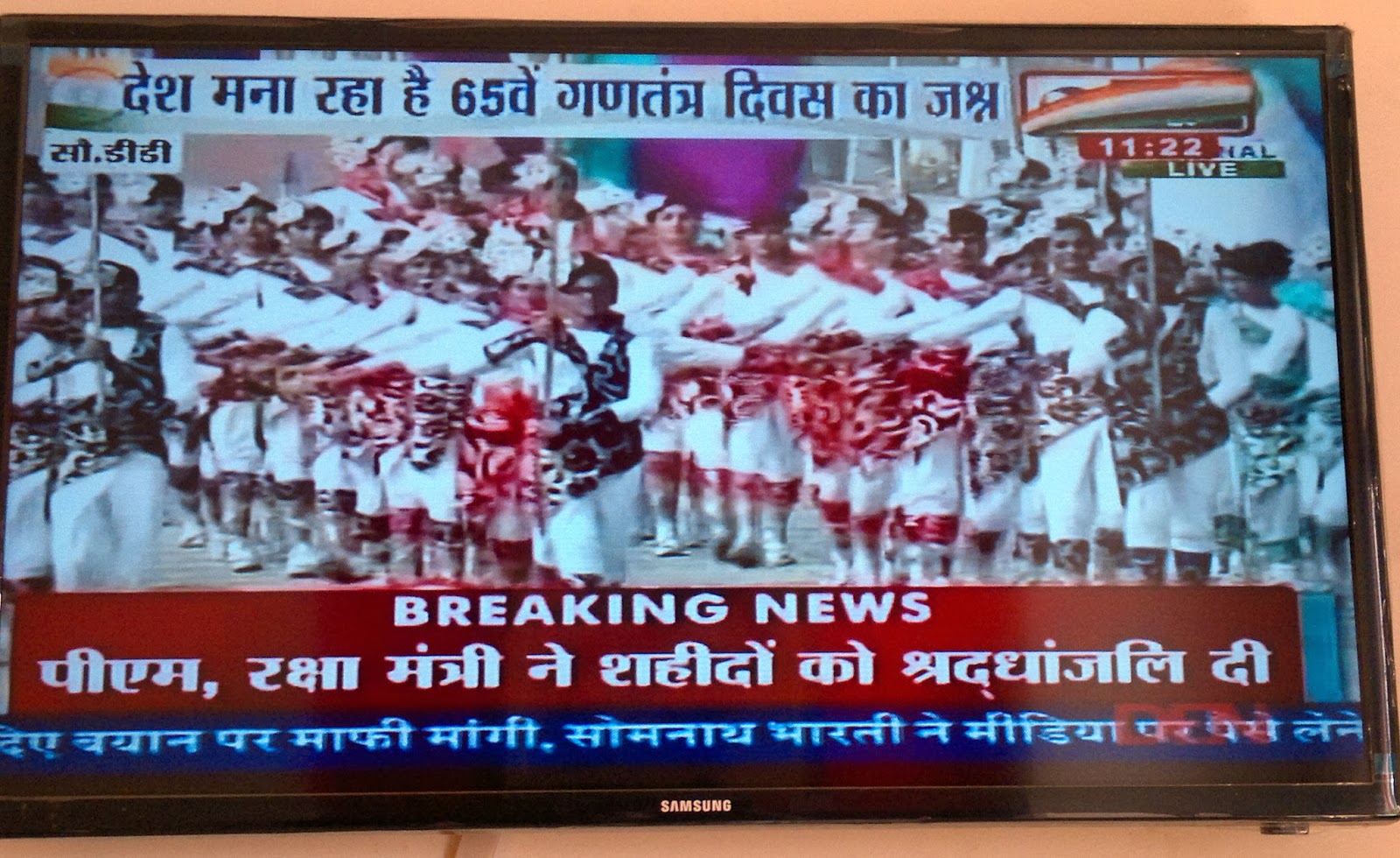 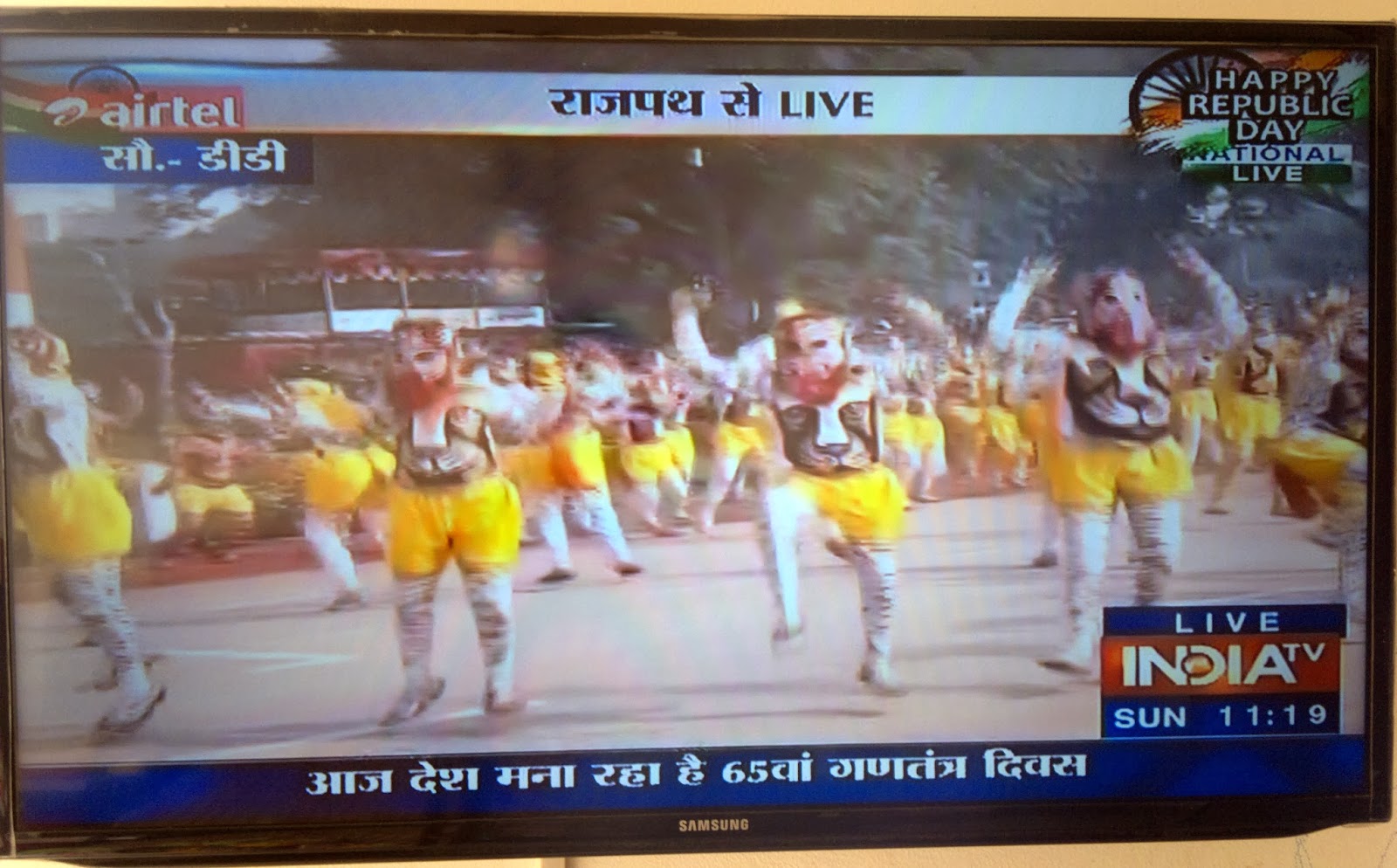 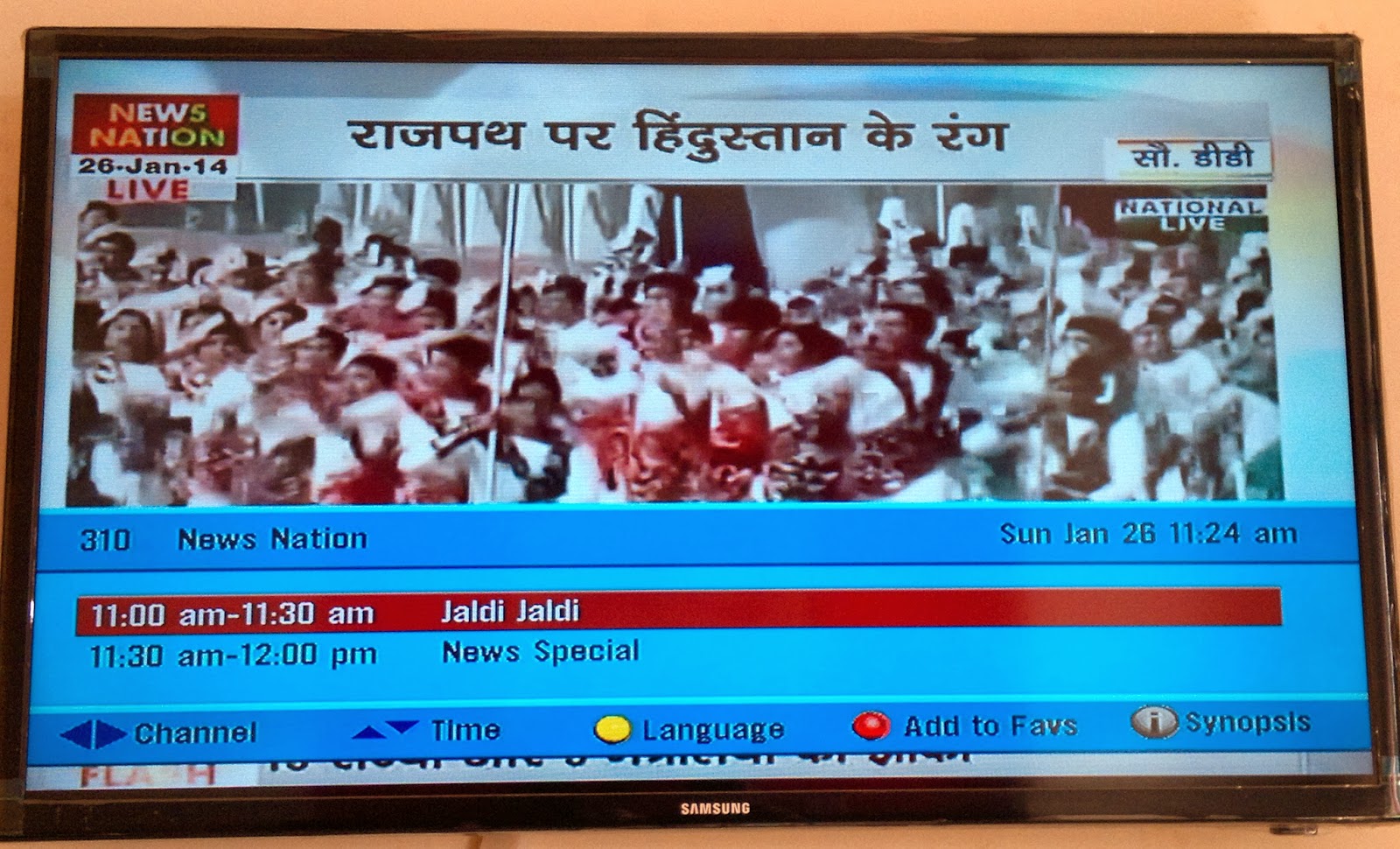 Earlier, the Disabled Rights Group convenor, Javed Abidi met with the officials of the Defence Ministry, the Social Justice and Empowerment Ministry and the Information and Broadcasting Ministry. He said: “In our earlier meeting with UPA chairperson Sonia Gandhi, she instantly agreed to the DRG’s demand and even spoke to Union Information and Broadcasting Minister Manish Tewari about it. He directed the Ministry Secretary to follow our proposal. Even Defence Minister A.K. Antony agreed to our demand. But in today’s meeting the babus tried to hide behind technicalities. Actually, they lack the will to implement this. One official even went to the extent of saying that they cannot spoil the Republic Day Parade telecast on television because of one per cent of population (disabled).”

Stating in 'The Hindu' that India is home to over 18 million deaf people, Mr. Abidi said when the government of the country ratified the United Nations’ Convention on the Rights of Persons with Disabilities (UNCRPD), it made a promise to the world that it would ensure that deaf people are treated equally and enjoy the same rights as other Indian citizens.

Today, on India’s 65th Republic Day, I pay floral wreath on Government’s inability to protect the rights of people with hearing impairment. I salute DD News, NDTV group, Times NOW, Headlines Today, and Samay for giving continuous live feed of accessible telecast. Other TV channels are requested to shy away from fancy taglines and act on ground zero.

Posted by Dr Satendra Singh at 2:57 PM No comments:

Mobile app by Cross the Hurdles for people with disability

Empowering people with disabilities calls for a broad range of socio-economic inclusions and the Indian government is currently amending the Disability Act of 1995 to meet the norms of the UN convention on the rights of persons with disabilities. The country has an estimated 40-45 million such people according to provisional figures of 2011 Census, but spends only 0.0009% of its GDP on disability, which indicates low access to education, information, job market and other essential facilities.
Since easy access to critical and specific information can immensely help people with disabilities, a Delhi-based NGO called Cross the Hurdles has launched the first-ever android app a couple of days ago to bridge the knowledge gap. Named after the organisation, the new app is an information resource containing everything one needs to know about special education, career guidance, employment opportunities, tax benefits, health tips, legal advice, assistive technology, accessibility and more. Simply put, you can find all relevant information here - be it schools for autistic children, libraries for the visually impaired, shops for buying disability aids & equipment or blood banks in your locality. The app can be downloaded for free from Google Play Store and the organisation will soon launch the iOS and Windows versions of the app.
In the next phase, there will be a number of in-app features including video conferencing, on-demand sessions with experts, disability counselling services and chat forums. The app will be always free for users although the NGO, led by Abha Khetarpal, is looking to raise money through sponsorship and advertising. To download Cross the Hurdles, you will require Android 2.3.3 or up.

Beth Heller has developed an online training course about disability advocacy using media that is open source so advocates around the globe can use it.

This online course will introduce advocates to how to use traditional and online media advocacy techniques to build awareness of disability issues. It will cover the use of social media, videos, websites and blogs for disability advocacy. It includes e-lectures, self-teaching assignments, and all-online readings and other resources.

The course can be accesses at this URL:
http://disabilitymediaadvocacy.wordpress.com/

Posted by Dr Satendra Singh at 5:28 PM No comments: