Shankar's film 'I' ridiculing disability on the pretext of creativity

Cinema and cricket capture the imagination in this country. Sadly, the majority of cricket stadiums are not accessible and the majority of the films ridicule disability. Cinema is also responsible for perpetuating stereotypes and more often than not people with disabilities are at the receiving end. Disability is portrayed as a negative character and there is hardly a Bollywood film where a person with a disability himself has portrayed any significant character. Often, non-disabled portray disabled characters without understanding the disability. If this was not sufficient, top directors dish out humiliating experiences in the form of creativity. The latest to join this infamous list is, unfortunately, India’s most seasoned director. 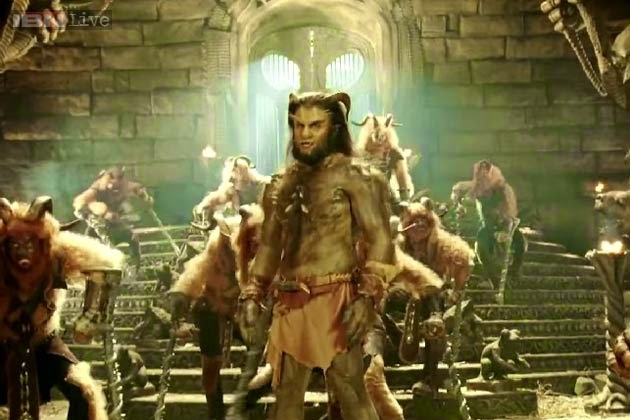 The teaser of Tum todo na song in Shankar’s magnum opus ‘I’ begins on a promising note but gradually turns into disbelief for me and later unacceptable. The song portrays the beauty and the beast concept but what hurts me was the projection of werewolves as disabled beasts. The protagonist Vikram is portrayed as a werewolf and a grotesque avatar of Hunchback of Notre Dame. Standing behind him in the song are werewolves as the beasts with spinal curvatures and holding wooden crutches. As this dehumanizing song was not sufficient, the film has Vikram in another character Koonan where he is shown as a pitiable and pathetic stereotype with huge growths on his face and scoliosis. Shankar, the director himself tweeted a photograph stating “With one of my favorite #I hunchback standees”.  ​Is Shankar not aware that words and negative cinematic portrayal do have the power to hurt​?​ 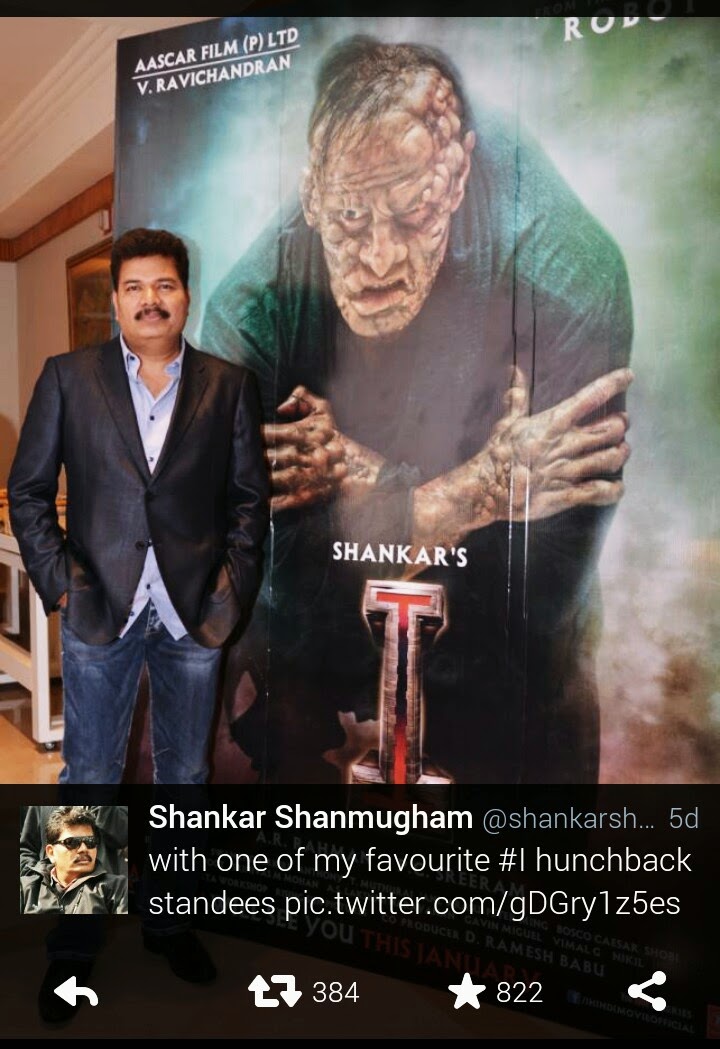 In the six months after Disney's Hunchback of Notre Dame was released in the UK, disabled people reported the word 'hunchback', which had gone out of use, was being used in a derogatory way towards them. The British Scoliosis Society wrote to the then Minister of Disabled People complaining that since the film came out there had been more than a hundred attacks on people with scoliosis.
Pepin le Bossu (767-811) had kyphosis since birth and medieval historians gave him the epithet “hunchback.” Many medieval people probably believed that physical deformation or disability was an outward manifestation of spiritual corruption, a position that was partially informed by passages from the Bible- disability is seen as a punishment from God (Chapter 9, Book of Leviticus, Chapter 21).
Richard III, who ruled England from 1483 to 1485, had adolescent idiopathic scoliosis. Shakespeare called him a ‘hunchback’ and described the king as a “poisonous bunch-backed toad” in his 1593 play. English poet Alexander Pope had severe rachitic kyphoscoliosis along with tuberculosis of spine (later termed as Pott’s spine). His rival poets bullied him by calling “hump-backed toad.”

The Disney Films, unfortunately, continued the tradition of reinforcing negative stereotypes of disability. In the 1998 animated ‘The Hunchback of Notre Dame’, Disney chose to have Esmeralda go off with the non-disabled Phoebus rather than the disabled, Quasimodo, who loves her. Similarly, in the earlier film “Beauty and the Beast”, in the climax the beast transforms back into a handsome human totally contradicting the film’s supposed message of “looks don’t matter.” The teaser of Tum todo na also shows the same. 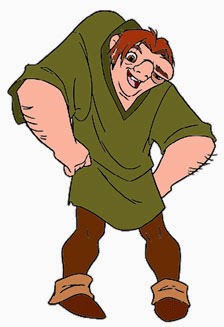 The stereotypes about Quasimodo’s disability were reinforced again and again in subsequent filming of ‘The Hunchback of  Notre Dame’. In fact, the original title of the novel by Victor Hugo was Notre Dame de Paris. 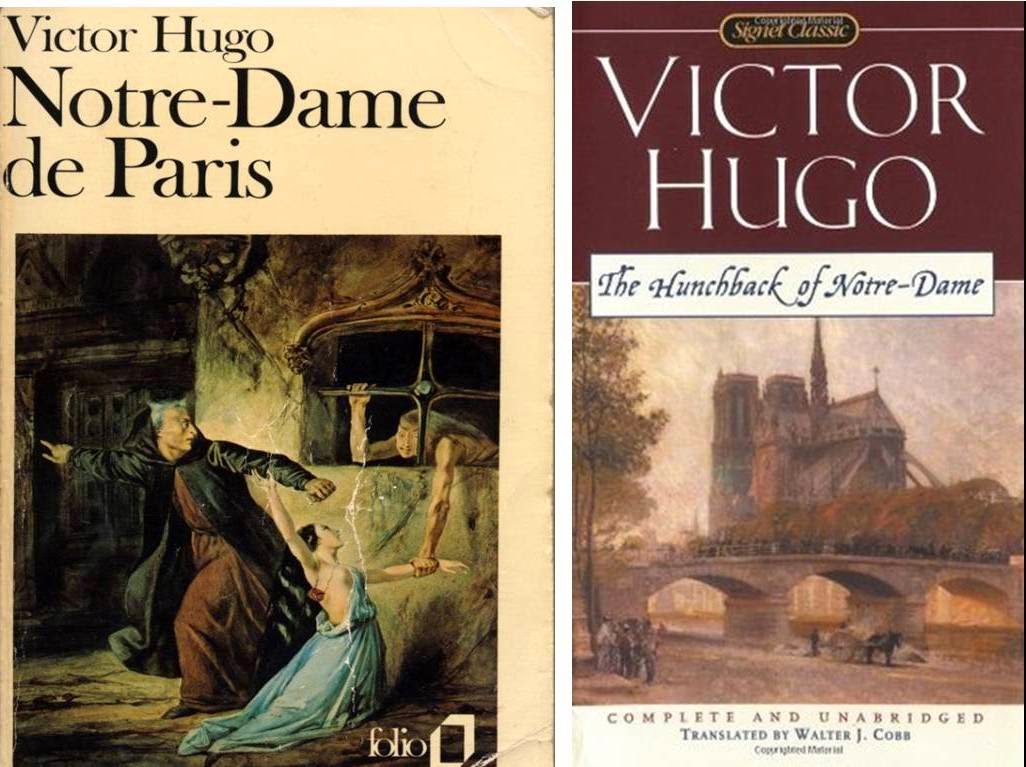 The Hunchback part was added when the book was translated into English. Shankar continued to use the derogatory term in his interviews and on social media. In contrast, Oddsocks Productions, a British theatre company dropped the word “hunchback” from its stage adaptation of the classic novel and named it The Bellringer of Notre Dame. The difference was that these people consulted disability advisors and then dropped the word. I doubt if Shankar had approached anyone from the disability sector.
That reminds me of Shankar’s previous classic Nayak featuring my favorite Anil Kapoor. In one of the scenes, a crawling disabled youth honors Anil Kapoor with a garland and requests to stand for elections saying, “My country has become lame like me. Make it walk.” That scene struck very well in the context of the film and even the protagonist Anil Kapoor vows to fight the elections in the film. On the contrary, it reinforced the stereotype that disabled people cannot contribute to growth. Does “Make it walk” means that a disabled person cannot contribute to nation-building?

The negative images of disability in these media, although false, have become so familiar that people believe they show the reality of disabled people's lives. The non-disabled audience accepts unquestioningly these false images because it is more comfortable to do so than to face their deep-seated fear of difference. Jenny Morris argues in Pride Against Prejudice, “If we do not 'appear' as real people, with the need for love, affection, friendship and the right to a good quality of life, how can non-disabled people give any meaning to our lives?"

Anyone can, at any time, become disabled, or develop a physical or mental impairment. Vikram, who is playing the character having spinal curvature, met his wife for the first time when he was in crutches, following three years of his hospital stay. The filmmakers and the actors should be aware of the sensitive issue since ignorance is no excuse. There is an awful stigma attached to scoliosis and it can lead to bullying, discrimination, and adverse psychological problems. 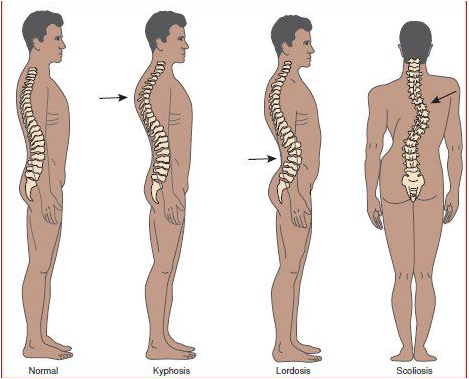 Medical impairments like congenital porphyria (photosensitivity, reddish teeth, & psychosis), hypertrichosis (excessive facial growth), scoliosis/kyphosis/lordosis (curvature of the spine), ​and ​Pott’s spine (tuberculosis of spine leading to bony deformity) may lead to some of the features traditionally associated with werewolves. The derogatory hunchback word has become so thoroughly associated with evil characters that it is totally unacceptable. Spinal curvature is the preferred terminology if you ask us, the people with disabilities.


Developmental disorders, degenerative diseases like arthritis, osteoporosis, compression fractures all these can lead to spinal curvature which can happen to anyone. Disability is diversity. Just like the DNA of the crew members of film ‘I’ is not same similarly anybody in ​this world can have a posterior convex angulation (kyphosis), anterior convex angulation (lordosis), or lateral curvature (scoliosis) of the spine. Being a doctor with a disability, I know and would like to tell all that a small degree of both kyphotic and lordotic curvature is considered ‘normal’. Not only disabled but elderly people also and people in plasters use crutches (Vikram used too) so it was dehumanizing to equate assistive devices with beasts in the song. 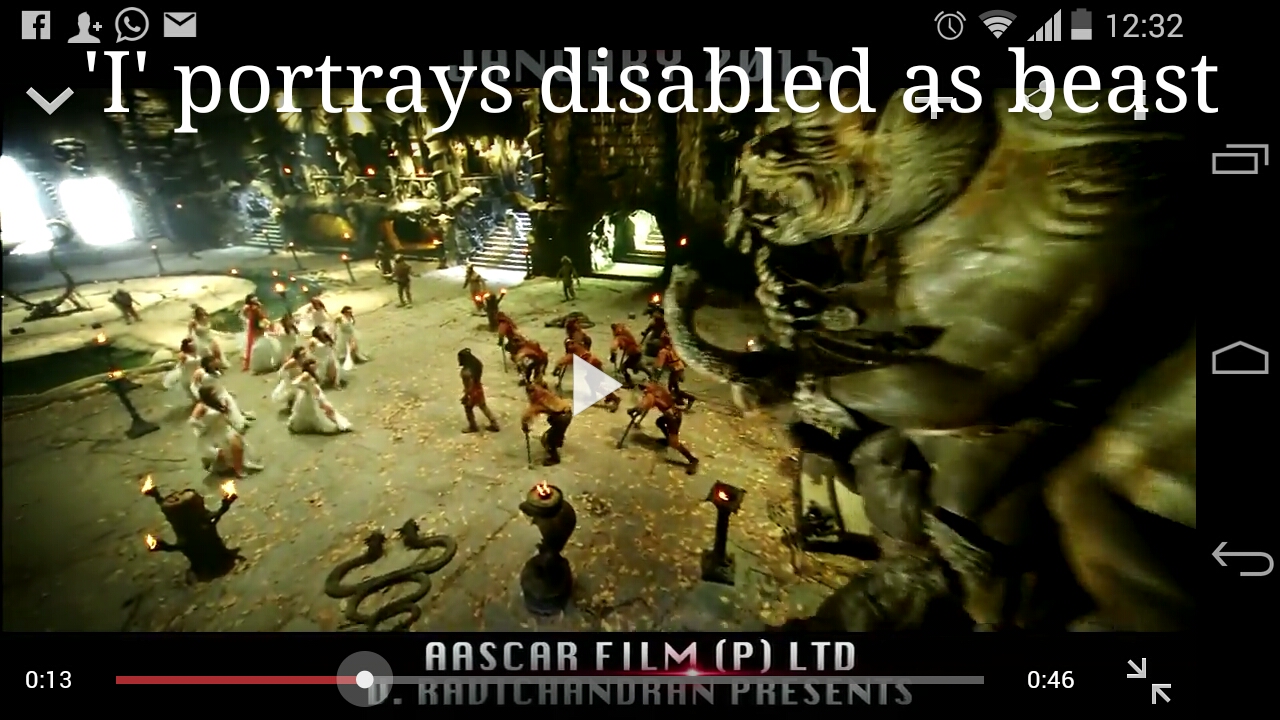 My initial reaction was disbelief that the world-renowned director has portrayed disabled in such a spirit. My knee jerk reaction was 3 tweets to him and in one of those, I said that I am proud to use a crutch and NOT ashamed of knowing people having kyphosis or scoliosis. No wonder the great director blocked me on Twitter.

The Cinematograph Act, 1952 under section 5B(2) states that the "Central Board of Film Certification shall ensure that scenes showing abuse or ridicule of physically and mentally handicapped persons [2(iii)b) and scenes that may have the effect of de-sensitizing or de-humanizing people are not shown [2(iv)]."

Can a person with spinal curvature or a person using crutch see this film in a cinema hall? Will he not be ridiculed as we all know how disabled are treated in our country? As feared, even media has started using the derogatory hunchback word popularized by Shankar. Creativity doesn’t give anyone be it Shankar or Weta Digital any right to ridicule disability. I appeal to directors to refrain from depicting us as objects of curiosity. Make us ordinary. Our impairments should not be ridiculed or made the butt of jokes.

The opening song in Disney movie asks listeners to judge for themselves “who is the monster, who is the man.” The same can be asked from Shankar. No doubt he has captured our imaginations with his previous films. But here, his filming of the song Tum todo na reminds me of another song ‘Dil mera churaya kyun, jab ye dil todna hi tha’.

The disabled character Quasimodo originates from Latin words "quasi" and "modo" also mean "almost" and "the standard measure" respectively. As such, Quasimodo is "almost the standard measure" of a human being. The measure should be empathy and compassion (as shown by Quasimodo’s love for Esmeralda) and not disability. The use of crutches to equate beasts with disable was totally unwarranted. 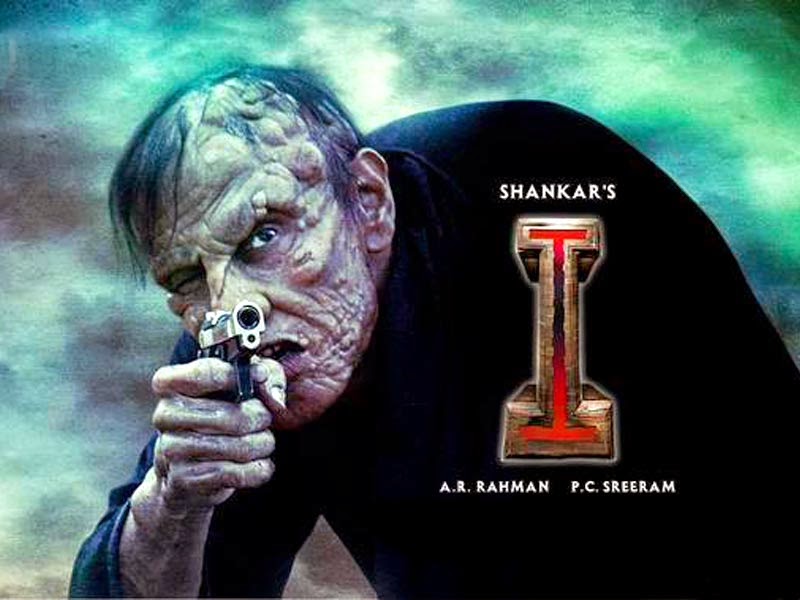 I take pride in using crutches & will continue to use them.
I accept disability as diversity.
I respect people with spinal curvatures.
I wish 'I' a good business.
I plead film reviewers not to use 'hunchback word' while reporting about 'I'.
I may not watch 'I' but I assure Shankar to watch his future films if they are non-discriminatory.
I expect more sensitivity from Indian cinema on disability issues.
I further hope that Indian cinema won't feign disability and use people with disabilities to showcase their experiences.

Dr. Satendra Singh
(A doctor with a disability at UCMS & GTB Hospital, Delhi, and founder of a group 'Infinite Ability' promoting creativity and disability. I use crutches and not ashamed of that.)